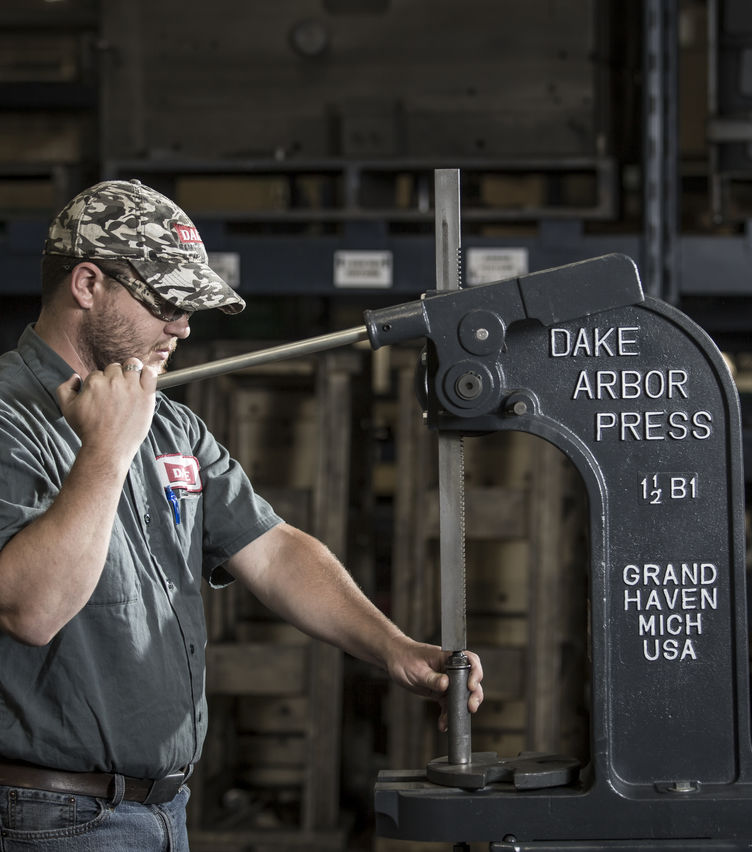 Technological advancements have driven widespread changes in manufacturing. However, one machine continues to stand the test of time: the arbor press. The machine’s design is the same today as it was when Dake began manufacturing arbor presses in the 1940s—when the machines were a common sight on U.S. aircraft carriers.