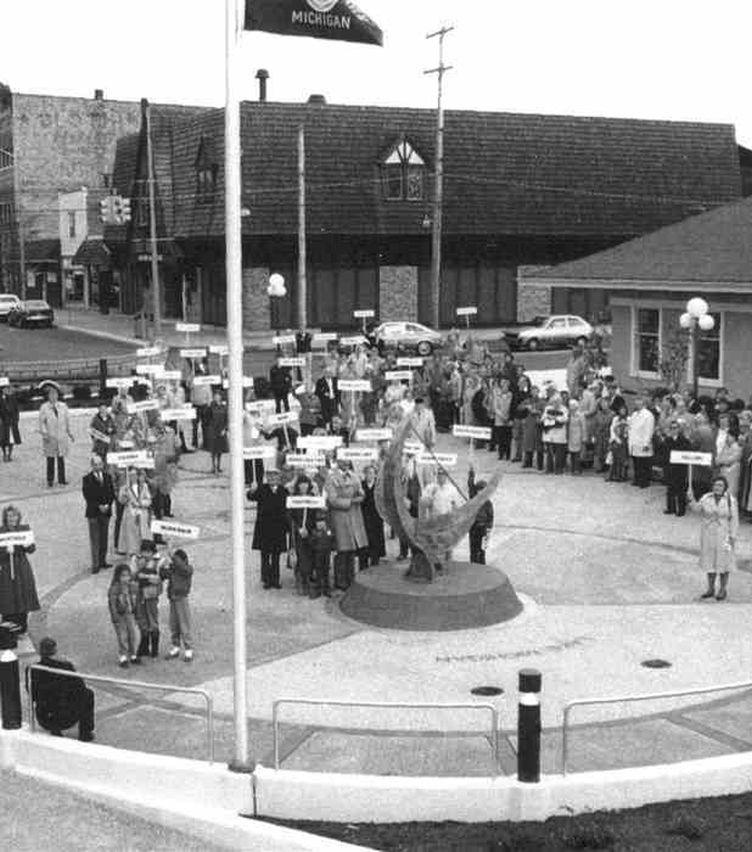 JSJ and its founders historically have always taken pride in their hometown of Grand Haven, MI. Over 30 years ago, Al Jacobson, Jr., founding director and former chairman of JSJ Corp., dedicated the Brass River plaza to the city of Grand Haven. The plaza is a monumental location downtown Grand Haven that is made up of a six-foot tall brass sundial as well as an interactive brass Grand River anaglyph. Today, JSJ supports with ongoing efforts to restore and keep the Brass River plaza in strong shape for years to come.

Al Jacobson, Jr., founding director and former chairman of JSJ Corp., had a lifelong fascination with sailing and navigation. Along with that fascination, Jacobson felt a love and meaning within the Grand Haven, MI community – JSJ’s hometown. Over 30 years ago, Jacobson extended the offer to build a six-foot tall brass sundial as well as a brass Grand River anaglyph that would be of scale to fit between the Grand Haven Museum and Chamber of Commerce downtown. Jacobson and his colleagues – ranging from leadership to employees in the manufacturing plant – volunteered their time to cast almost 400 separate parts for the monument development of the river and then assembled them at the site prior to the pouring of the concrete.

On October 20, 1985, the Brass River plaza was dedicated to the city of Grand Haven. The Brass River plaza traces in scale the Grand River with all its tributaries spanning over 250 miles from the two headwaters of Liberty Mill Pond in Jackson, MI and Grass Lake in Grand Haven. The sundial is the focal point of the anaglyph symbolizing the city. Each of the 52 cities featured along the brass river were invited to the dedication where those who attended held a sign with their city’s name on it.

Currently, JSJ supports with ongoing efforts to restore and keep the Brass River plaza in strong shape for years to come. In the summer months, local community members and tourists can be seen downtown walking the Brass River’s path and admiring the monument with its local ties. Names of those who supported in building and funding the dedication can also be seen along the brick for the plaza.